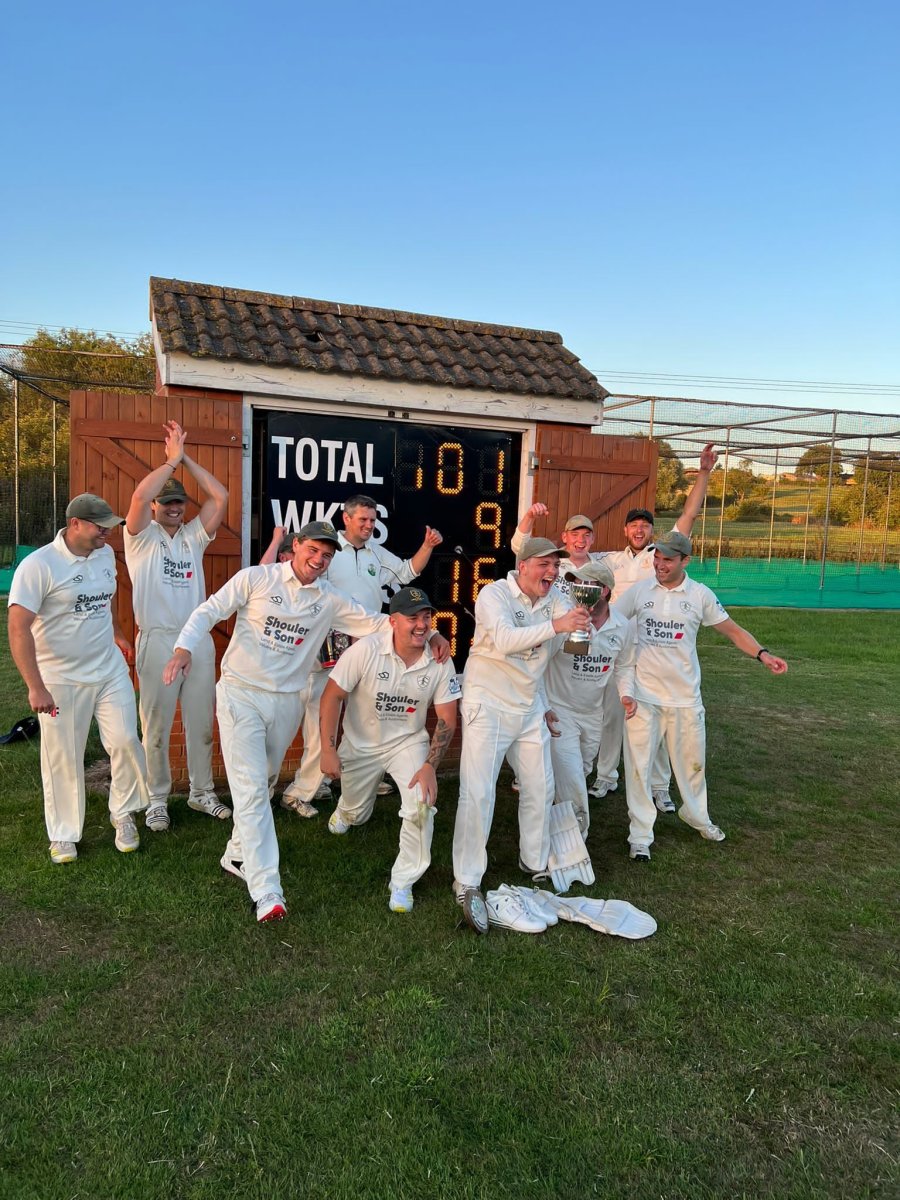 This is the inaugural year of Shoulers’ sponsorship of the club’s team shirts and the Melton-based land & property firm was delighted to witness the local village club’s triumph against its Edgerton Park opponents at Thorpe Arnold Cricket Club on 15 July.

This is the first year that Great Dalby CC has qualified for the final of the much coveted local trophy contest since the 1980s.

In congratulating the club on its trophy success, Ben Shouler, Partner, said, “As a firm firmly rooted in the East Midlands countryside we know how important community events are to village life.

“Having set up our family home in Great Dalby a few years ago, I appreciate the key role the cricket club plays in the village’s life and am keen to support this.

“For the club to have trophy success in the first season of Shoulers’ shirt sponsorship is very special and we are proud to have played a part in supporting the club’s achievement this season.”