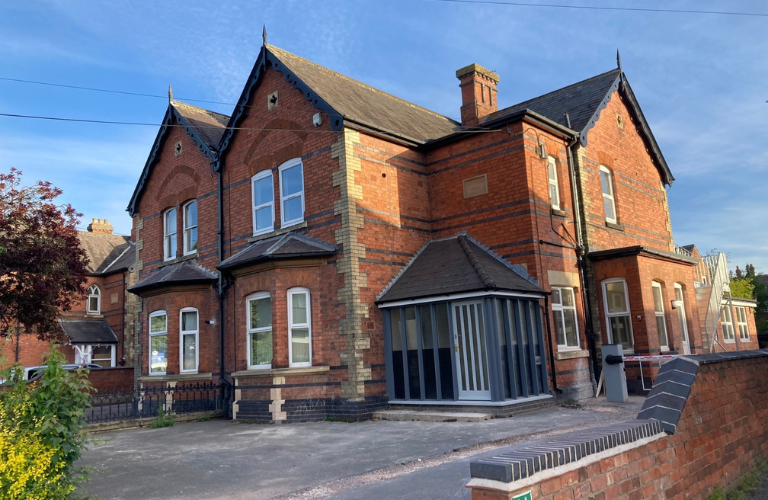 Shouler & Son has launched the latest in a succession of apartments to let in a in a newly renovated former Victorian villa residence in the leafy setting of one of Melton Mowbray town’s sought after neighbourhoods.

Located in Laurieknowe Villa on Asfordby Road, the one double bedroom, first floor apartment now available to let is the third property in the villa that the firm’s agency has overseen - with another two set to launch later in the year.

Described by the agent as a ‘fully renovated luxury apartment’, the open plan living room and fully fitted kitchen area is 137 sq ft and the double bedroom is over 117 sq ft.

The shower room has a corner shower enclosure, with dedicated electric shower and heated towel rail.

An external staircase to the apartment’s door leads to a spacious entrance lobby.

The conversion of Laurieknowe Villa has been completed to a high standard which, in the apartment now available to let - and other properties, sees brand new uPVC windows and a modern electric panel and storage heating system.

There is a gated barrier entrance to Laurieknowe Villa where there is a car park with allocated resident and guest spaces.

According to Shoulers, the apartment is likely to appeal to tenants who are looking for high specification but low maintenance, modern, spacious apartment with the convenience of accessibility to Melton town centre but also onward road access to the surrounding area.

The town’s railway station is half a mile away from Laurieknowe Villa and the public park is a five minute walk away.

The apartment in Laurieknowe Villa, Asfordby Road, Melton is offered to let at £600 pcm.

Shoulers adds that tenants with a small pet would be considered, subject to provisions in the lease agreement with the landlord and on which its agent can advise on enquiry.

To arrange a viewing or for more information about the property and its rental terms, contact Dan Barradale at the residential lettings department of Shouler & Son, d.barradale@shoulers.co.uk, tel 01664 560181 or see shoulers.co.uk/properties/15778206/lettings.